(note: just download the file (<50MB) if you don’t want to wait for it to start every time) 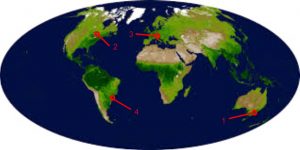 Itan’le is an ancient tradition to connect communities in their hearts, souls, minds, and spirits.

Literally, it means ‘a fire in a place’ but the place can be your heart, your house, your city, or the whole world.

Doing it in more than one place at the same time, it resonates and grows beyond its own local force.

Where it will be:

This year, at the Equinox September 2017. we will do it in four strategic places around the world:

When it will be:

Times above are for the actual equinox. One can do it anytime during the following 24 hours.
One can also do it more than once. 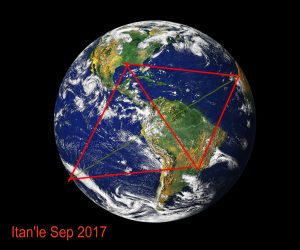 This will give us a tetrahedron that is spanning the globe.

How it will be: 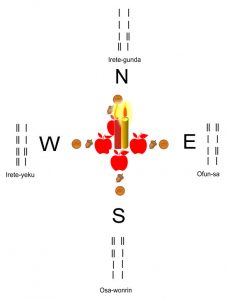 General idea of using the Itan’le:

Above you can see the basic setup. This alone will guarantee a resonance.

To take advantage of this setup, I present several ideas in the following. Whichever of those seem easy and feasable to do for you, just do them and ignore the others.

If you are a facilitator, reflect carefully about the potential of your group before communicating any of the ideas. 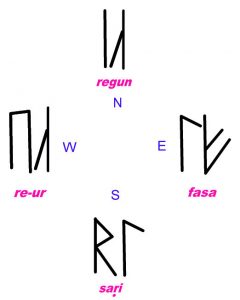 Voice and drum together (for Irete-0gunda / North)

There is a World Didgeridoo Meditation at your LOCAL SUNSET in the 23rd of September. You may want to synchronize or participate. See here.

if that’s not enough yet for you, hahaha:

“Greetings from the Seeing Heart” Sandor/Smith, 2013, based on Cherokee drum pattern for welcoming chiefs of another tribe.

See you there soon – wherever you may be !