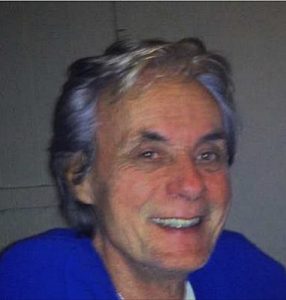 “Each and every human is filling in a valuable position within the scenary of life. More often than not, the value of the individuum had been denied or denigrated. We need understanding and respect for the other if we want to restore the power of a person even though we are mainly teaching the methods to do just that and are not assuming the comforting role of a psychologist, a healer, or a clergyman.” (Max Sandor)

What are ‘individual consultations’?

According to Max Sandor’s vision, we need to reorganize our inner world of thoughts and emotions in order to lead a happy and fulfilled live within a social environment that is deteriorating.  The methods for that, the ‘processes’, do NOT require narratives of the client.  At the same time, the client’s story must be heard and acknowledged.

In a gentle way, the client is being directed to look at his situation from various angles. If necessary, the situation will be modeled and the elements of the scenario labeled accordingly. The analysis will show the parts that are in conflict. They will later be isolated and defused through an appropriate ‘process’. In the end, the scenario will be reassembled and checked for completeness and absence of conflicts. This re-modeling does NOT need narratives. The inner relationships and dependencies of the ‘model’ contain everything to repair the ‘system’.

The final comparison of ‘before’ and ‘after’ will serve as a tool of discovery for any hidden causes and repeating patterns in the client’s history.

How long do they last and how many of those can I expect to need?

‘Consultations’ in the form described here are fundamentally different from psychological treatment which are typically an open-ended series of fixed time spans. They are also different from ‘one-shot-miracle-healings’ that happen once for a short time.

A typical sequence, start-to-finish, consists of an ‘initial interview’, the actual analysis, repair, and synthesis in one or more sessions, plus a ‘review’ at a later time to see how successful the consultation carried over into daily life. Expect a minimum of 3 and a maximum of 6 sessions.

What do you mean with ‘no narratives are needed’?

The methods employed and taught by Max Sandor do NOT require the revelation of past events and their contents and not even a verbal account of the history of the problems involved. They are structural solutions. Verbalizations, like telling the history of one’s life, involve a ‘linearization’ and ultimately an amplification of the intensity of the involved emotions and would only delay the process of recovery.

Often, a person does not have one specific problem but wants to rather improve in general his or her conditions in life. In this case, an analysis will be done as usual during the initial interview. Together we’ll create a list of goals that can be expected to be handled during a 3-month period.  The client will be doing one session per week and receive online support during that time frame. During the week, the client is expected to do the exercises or processes that he learned during the session(s). At the end of the period, we will check the client’s progress according to the list created during the initial interview.

What do I need for online consultations?

Why don’t you use video?

Experience has shown that visual information is a distraction to looking at the inner processes of a client. A voice reveals, an image pretends. All of one’s attention should go to the process itself and not to the environment.

Can you heal me from a disease?

For medical conditions, I have to advice you to see a doctor. Law requires me to say so.  Diseases and ailments typically are symptoms of deeper imbalances and sometimes persist even if the underlying cause had been removed.

We do not promise healing of diseases nor do we engage in treatment. We are focused on ‘quality of life’ and this we can guarantee within the framework of the reasonably possible.

Do I run any risk of losing my faith?

We respect the client’s beliefs. We do not indoctrinate or brain-wash in any kind. Depending on your individual case, you may be confronted with your belief system as a whole, this sometimes cannot be avoided. However, you will have free choice in using our method to disassemble your belief system or not. This remains entirely up to you!

Still, I want to know about your own spiritual orientation…

Coming from a place of humanism, it is our vision that we must continuously strive to replace our belief systems with models that are based on our own observations. This does not mean substituting one belief with another or to prefer one model over another. In the contrary, this implies a radical tolerance of all systems of thought as long as they are sincere and consistent and are endeavoring to elevate the human being to new heights.

It is you yourself who creates your model of your world. We encourage you strongly to let go of the models you have adopted in the past from others, typically without proper inspection at the time. We don’t offer substitute visions – we work in assisting you to rebuild a whole new vision for yourself and of yourself – your very own vision.