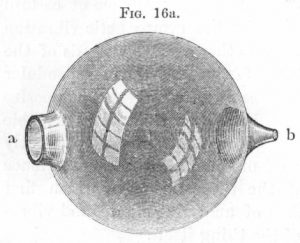 Note: the visitor can actually walk inside the paths of the Minotaur.

To learn more about it, see the complete slide package here: PowerPoint Presentatioon of the Workshop Series 2007/2017

A Look at the cover page and the summary page: 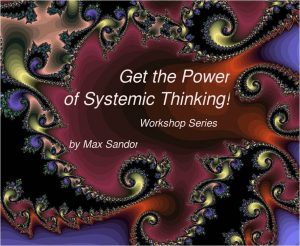 The “Get the Power of Systemic Thinking!” is a Workshop Series consisting of 16 modules. 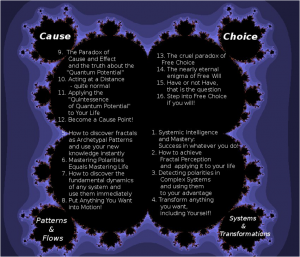 Hello, my name is Edward Dawson. I have a wide range of interests, and these include spiritual knowledge, ancient languages, and ancient history. Recently these three came together along a line of historical research.

I occasionally write for The History Files, a massive online world history website run by Peter Kessler. Most of what I do for Peter is analyze the names of old European tribes to discover their meanings. While investigating the names of old German/Scandinavian tribes I ran across the German legend, recorded by civilization to the south, of Mannus and his three sons. Mannus of course means man, so we can’t regard these as real people, but instead a distorted legend of ancient German history. So according to what was written down, the three sons of Man would be (phonetically in English) Ingway, Istway and Hermin/Ermin. Ermin is of course a form of the ancient Indo-Iranian god called Varuna in India, also known as Ouranos/Uranus in Europe. I had the most trouble with Ingway, whose stem ing- I eventually realized was a cognate of the Avestan/Old Iranian word anghu – meaning life, being, spirit, existence, (extended meaning) the world, people of the world. This only came after I noticed a number of Avestan words beginning with ‘a’ had cognates in German languages beginning in ‘i’. This included . . .

Istway. I scratched my head for quite a while over why the hell a ‘son’ of Man would have a name starting with the verb to be, ist. It was not until I began looking at the second half of that name did I understand. The word pronounced ‘way’ (in the original -vae) means exactly what the modern English word ‘way’ means: a path, road, route, or by extension, anything to follow. But that makes perfect sense because English is a German language.

So Istway is the path to follow of what is. That sounds like one of the words for truth to me, truth is what is.

Parallel to this historical research I also was curious about something in Hindu philosophy called Rte. In reading about it I saw references to its co-origin in a Zoroastrian philosophy called Asha, where it was originally written as ‘Arte’. In a flash I saw it. Rte and Arte were the verbs to be, cognate with the older English word ‘art’. I looked up ash- in Avestan too and sure enough asha means truth, righteousness, world order, eternal law, fitness; and asti means is, or in German ist, with the ‘a’ converted to an ‘i’.
So what were the Germans doing following an Indo-Iranian philosophy? The next clue came from genetics.

There are two main ways of following the ancestry of people by gender. In women you use the mitochondrial genetic code, and to follow male lines you use the Y chromosome genetic code. Indo-Europeans predominantly have a code called R1, with some peoples possessing the R1a variants, and others the R1b variants. The R1a is found in Balts, Slavs, Indo-Iranians . . . and some Germans. Closest to the Germans geographically were the Balts and Slavs. But the Germanic languages do not show a basis in Baltic or Slavic tongues. They do show influence by Indo-Iranian. This indicates that long ago some steppe nomads, probably proto-Iranians of some sort, made it to Denmark, and judging by the genetic makeup of Germans, mixed with Old European, and also Celtic people.

Above I have persistently used the word ‘Iranian’ instead of the true word, the real word. The real word is offensive to me and also every every decent person, but at this point I must show it, with the disclaimer that I think the Nazis were monsters. The word Iran is a modern spelling of the original word Aria, which we usually spell Arya, as in Aryan. What does the word mean? It is the verb to be, used as a noun. Understand that? Good. So let’s go back to using Iranian instead.

For many years I have noticed that Hindu philosophical writings such as Upanishads were often stated in a flat, matter-of-fact manner which looked eerily similar to the way Germans write, and more importantly, the way Germans think. None of that whimsical, poetic style of Celts, no; more like a mechanic’s manual than the exalted language of a mystic.

So what is that? It is the flatly stated exact existence. It is saying what is. Rte, or Arte, is the folk philosophy of nomadic Indo-Iranian peoples. It is a no frills, no imagination, no overstatement approach to truth. It is practical and utile in application, and this includes a practical, utile approach to spiritual knowledge.

We have inherited this style of thought from these ancient people of the steppes. Keep using this approach. It works.