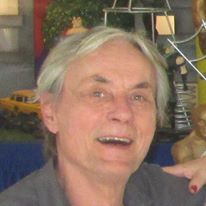 “If we want to live with lasting joy and inner freedom,  we better start by making sense of our lives.  To accomplish that, we will need to bring order into our thoughts and emotions. And in order to do that, we must resolve the countless contradictions in and around us. This involves letting go of belief systems of any kind. and creating consciously new models of our environment and of us within it. The path is clear. How to do it, I can show you. Doing it, will be your own foremost, sacred task.” (Max Sandor)

Max Sandor’s vision is clear and concise. For over five decades he explored ways of exploring the world, our inner and our outer worlds. What he found and applies is, once fully understood, simple and precise. We can find it at the roots of ancient traditions and in modern technology alike. It withstands the crossfire of logical inquisition, it is consistent and complete.

Max Sandor’s approach is to provide the tools to free ourselves from the memetic and emotional influences of our ancestors (genetics) and of our actual physical and social environment (epigenetics). These tools are ‘processes’ which, when done correctly, will yield the same result every single time. With his help, you can experience what is called ‘peak states’ in emotions, thinking, and even physical performances within a short time. You will learn to apply this spiritual and emotional ‘technology’ to obtain these results whenever you desire to do so. You CAN resolve your inner paradoxes, uncertainties, and fear. You CAN create excitement, joy, or peace, whenever and wherever you like to. And you can do it on the spot. You do not have to wait, you do not have to repeat the errors of the past. Most of Max Sandor’s processes are IMMEDIATE and don’t need interpretations or beliefs to witness them.

These tools are now being used by hundreds of people every day with great success. Nevertheless, there is ongoing refinement of to make them even more efficient and easy to learn. What motivated Max Sandor to dedicate himself to their discovery and its applications?

Maximilian Joachim Sandor was born in Berlin in the former East-Germany under the name Joachim Herbert Steingrübner.  During the revolt of East-Germans against the Russian occupation forces on June 17th, 1953, his mother fled to the West while he was still an baby.  After passing through various refugee camps in West-Germany, he was isolated from this mother, who was put to work cleaning up the post-war rubble. and spent his infant years in a Catholic orphanage in Kassel which was later closed because of child abuse as it happened too often at that time.  Reunited with his mother at the age of 4 and a half, he had not yet learned to speak, was of bad vision, and was seriously undernourished.

Through the relentless efforts of his mother and, at a crucial time, the help of Theodor W. Adorno, he was able to attend Elementary School and Gymnasium in Kassel even though he was considered handicapped because of small stature and a grave speech deficiency that only subsided very much later in his life.  At the gymnasium he found great support in one of its teachers, Dr.Walter Heise, a former University professor in Linguistics who had become a school teacher at the end of the war and who did not go back to academics when the German Universities were reopened some years later because his office as the curator of the archives of the Brothers Grimm in Kassel became more important to him than his career.

We see here perhaps the most important influences for Max Sandor in his later work. Assisting his mentor Dr.Heise in every free minute for many years, and for countless hours reading and sorting out the letters of Jacob and Wilhelm Grimm, he became exposed to aspects of the lives of the Brethren Grimm that not many people ever heard of, their long discussions in letters from the exile about philosophy, linguistics, and geometry,  and just plain ‘magic’.

Added to this caleidoscope of ideas and speculations, another world became apparent through Dr.Heise’s acquaintance Theodor Wiesengrund, who became known as Theodor W. Adorno, an enormously autoritarian gestalt, but who, in private encounter, displayed a much more likeable father figure. What is the purpose of music? Max Sandor. the grandson of a professional violinist, had commenced the study of violin at the age of 5 but had to abandon it because he suffered greatly from the exposure to high-pitched sounds, presumably because of having been confined to a silent, dark room for several years as an infant. With Adorno, Max Sandor first entered into contemplations of music and of aesthetistics in general, its purpose and meaning in life.

For several times during these years, Heinrich Harrer passed through the town of Kassel, presenting hours of slide shows and talks about Tibet, the Dalai Lama, foreign philosophies, customs, and religions. Even though Harrer was teaching relentlessly, Sandor had found in him for the first time an idol that was not like a father figure. There was an adventurer, someone who lived life for the purpose of living life, and not to fulfill the orders of others. Already at their first encounter, Harrer mentioned to Max’ mentor that he had known Max Sandor’s grandfather from his time in Vienna and that he was convinced that he had been a descendent of Sándor Körösi Csoma, an adventurer very much like Harrer himself. Further, he tried to encourage Max by telling him about the speech problems of another great Austrian: Ludwig Wittgenstein which prompted Max to attempting to understand the Tractatus Logico-Philosophicus at the age of 12, with little success at the time.

During his school  vacations Max Sandor had been sent to protestant seminars. For his single mother, who worked many hours a day to make a very modest living, this was the most economic way  to have her son spend vacations and even travel to France and Italy. In these vacation camps, he learned to read the bible in Latin and Greek and how to write critical exegesis, efforts, however, that resulted in a serious existential crisis after which Sandor turned his back to Christian religions forever.

What was not lost, however, was his ardent love for ancient texts, his burning desire to know other cultures and customs, their languages, symbols, and rights.  His humanist vision, based on Spinoza, Goethe, and Giordano Bruno, does not exclude the Divine. In the contrary, it allocates the Divine in us and in Nature an elevated position through the ideals, inner vision, and the sacred ‘memes’ of human beings at all times and in all regions and religions of the world, whatever their expression may be, no matter their languages and their symbols, independent or race or descendance.

And with the above, the following five decades of Max Sandor’s quest for knowledge and experience of the human being within our world was a necessary consequence, a logical prolongation of his own experiences made at a young age, followed by a voyage of half a century of exploration of the human potential while living life for the purpose of living it.

While, at certain points in our lives, we do need mentors, we have to yet become our very own source, our very own mentor. While the past could perhaps teach us something, nobody appears to learn from it. We need to transcend this past, its illogics, its insanity, and its injustices, if we want to truly regain our personal freedom.  If we do not do that, careful observation will show you every single time, guilt and blame will raise their ugly heads, self-pity will grow and, over short or long, turn itself into in arrogance, the past will repeat itself over again and nobody will be served.

We have the tools, we have the knowledge. We can close the door to the past, and don’t we have to wait for the future to arrive – we can start living a new life already today.